Our Greek Odyssey - Day One

Our first day in Nafplio was forecast to be cool and showery so we decided to just spend the day wandering around and familiarising ourselves with the town. 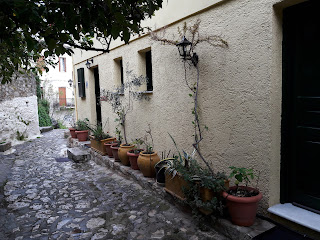 The entrance to our rooms.


When it started to rain, we popped into the Military Museum as P has always had a keen interest in military history.  It is housed in a quite beautiful building from the 1800s which was originally the army cadet school. The current army cadets still man the ticket office and guard the museum and they are wonderfully polite and friendly young men. The collection was small but had some interesting information about the various conflicts from the Greek rebellion against the Ottomans through the Macedonian and Balkan wars and the WW2 occupation and liberation.

After a brief lunch stop it started to rain again so we headed for the Archaeological Museum. This is housed in a beautiful Venetian building dating from the Venetian reign in the 1770s.  Unfortunately, the structure is in a bad state of repair in places and the pillars at the front have had to be strengthened with metal braces.  The exterior facade around a ground floor window was also very badly cracked and had been filled with rubble and stones, as you can see in the photo below. 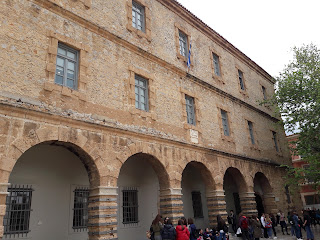 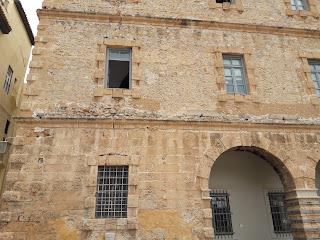 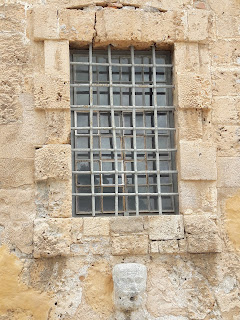 Inside, however, there is a breathtaking collection of artefacts uncovered from the various sites close by, with beautifully preserved items dating from the 3rd century BC.  I started to take lots of photos but had to give up as there were so many things to admire.  One particularly exquisite item was a carving of a bull's head on a tiny piece of rock crystal. It was displayed behind a magnifying glass so that you could see the details. Amazing. 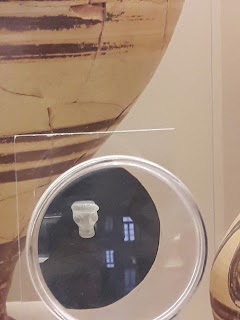 We spent nearly 2 hours in the museum as we were so fascinated by the sheer number and wonderful condition of the exhibits, although P did start to mutter at one point that that he could only look at so many pots(!)

The rest of the day was spent just strolling around, enjoying a coffee or a beer and people-watching.

We decided to leave our long walk for the next day and headed back for a short siesta before dinner.

Here are some scenes from a damp Nafplio. 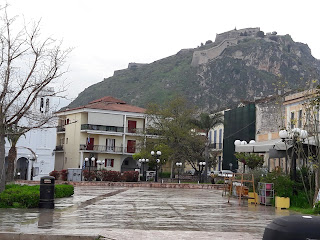 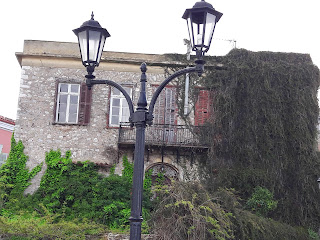 This house was so overgrown that it would be impossible to open the door or windows. 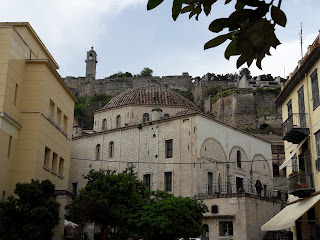 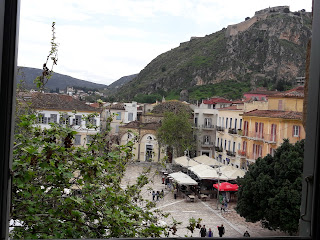 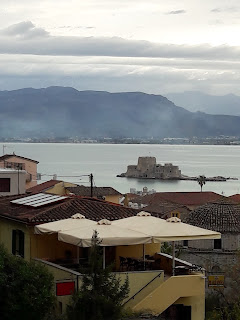 The yellow building with the awnings is our Pension 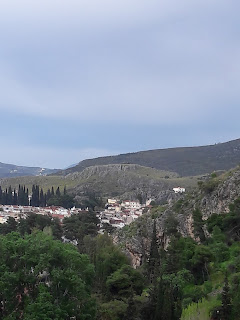 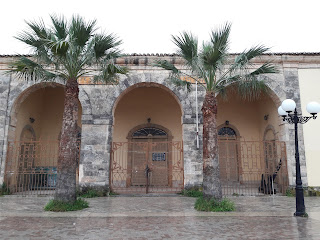 The old Customs House, now abandoned. Such a shame as the building is lovely.

at April 22, 2019
Email ThisBlogThis!Share to TwitterShare to FacebookShare to Pinterest