After our pretty full day on Sunday visiting two major archaeological sites in one day (in blistering heat!) we decided on a less hectic day and a later start on Monday.

We decided that we did not want to take another organised tour so did our own thing after looking up ferry and bus timetables.

We arrived at the ferry port in time to queue up and buy tickets for the morning fastcraft around the peninsula to Amalfi.  We also wanted to take the local bus up to Ravello but were told that there was a local bus strike that day so gave that idea a miss.

Sitting up on the top deck of the seacat ferry was a great way to see the beautifully rugged coastline as we zipped along pretty smartly - the wind scouring a layer of skin from our faces and whipping our hair into a wild, tangled mess. 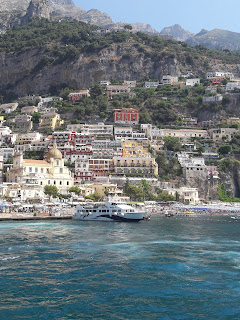 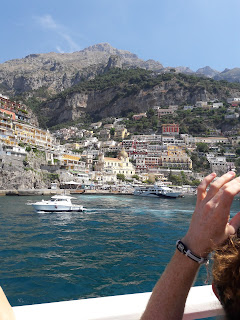 We arrived at Amalfi at morning coffee time so we strolled up the main street until we found a suitably inviting cafe where we each had a capuccino and watched the people walking past. 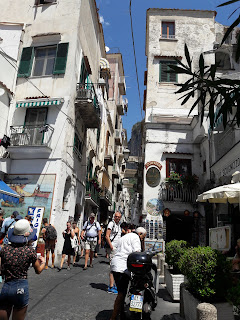 Suitably refreshed we wandered aimlessly along the streets, venturing into little alleyways and up steep steps until we came to various dead ends and retraced our steps. 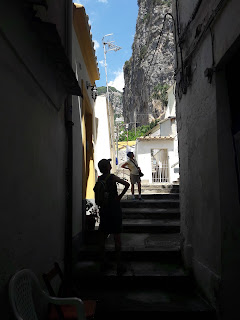 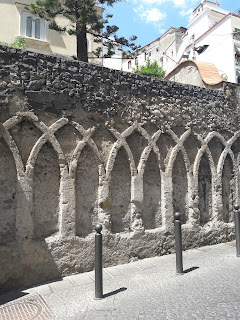 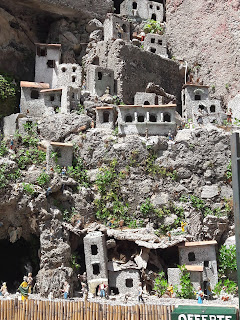 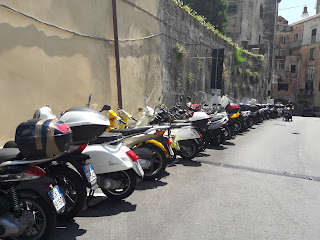 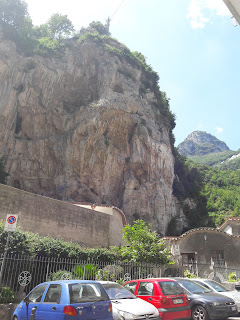 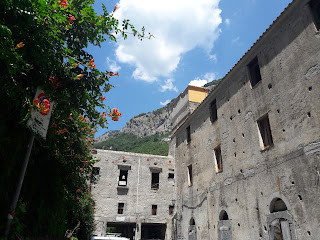 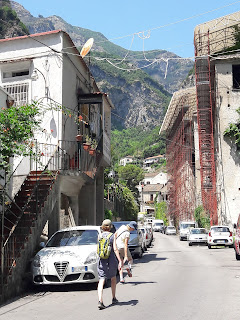 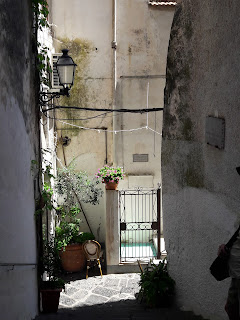 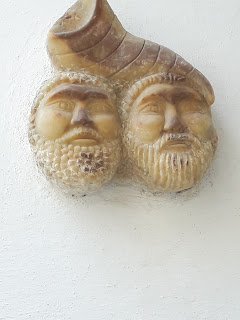 The cathedral was impressive for such a small town with a lot of steps up to the entrance but a good view back down over the square. 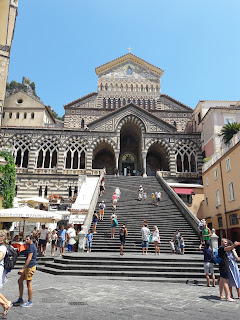 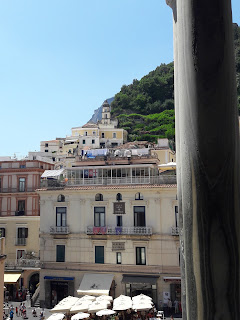 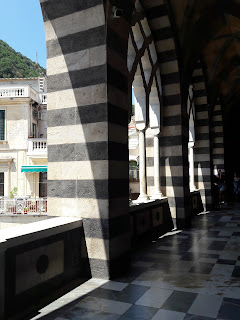 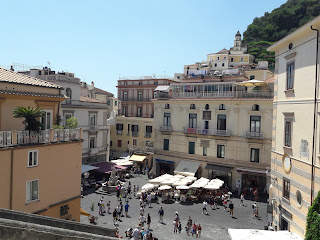 By now it was 2 p.m. and we were ready for some lunch.  Bruschetta topped with a pile of the local tomatoes and a balsamic glaze, accompanied by an Aperol Soda whilst looking out over the harbour. 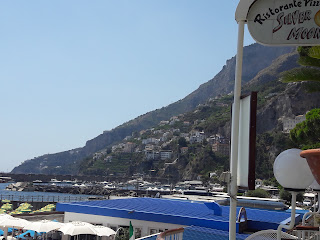 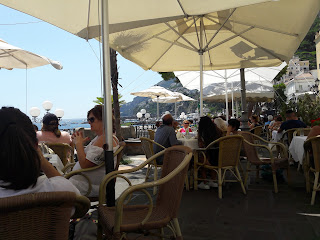 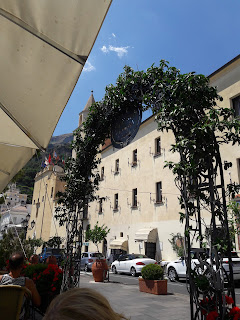 Another stroll around the point and along the back streets until we retraced our steps back to the ferry port for a cold drink then join the queue for the boat back. 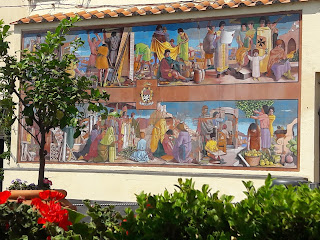 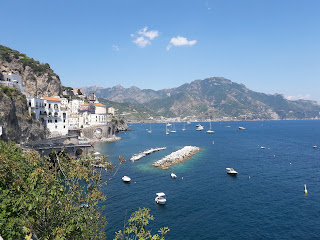 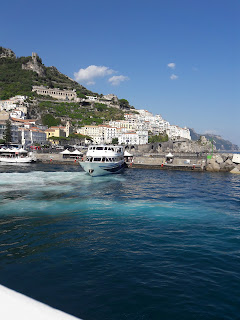 Time for a shower, an aperitivo on the terrace, dinner, then listening to the guitarist playing in the hotel lobby.  We seemed to be the only ones there but I am told the lobby filled up later in the evening after we had gone to bed. 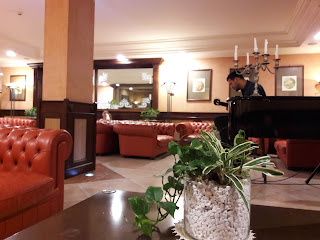 at August 10, 2019
Email ThisBlogThis!Share to TwitterShare to FacebookShare to Pinterest