Thursday.  After a delightful healthy breakfast we left our pretty little B&B in the town of Wynyard on Tasmania's North West coast for the last leg of our journey. 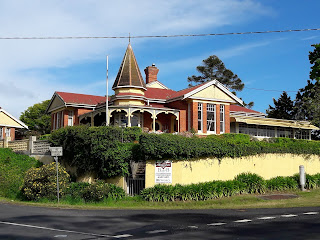 We headed south to explore the area dubbed Tasmania's wild west. It is largely undeveloped and towns are few and far between.  Those that do exist are there because of the region's mining industry.  Most towns grew up around the copper, tin and nickel mines in the 1890s.

Our first stop was Waratah which has s waterfall in its centre, and the best coffee shop in the west. 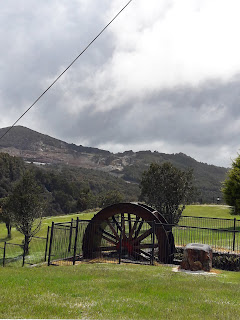 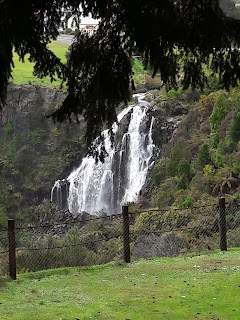 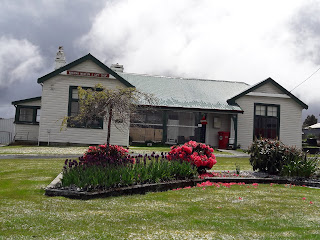 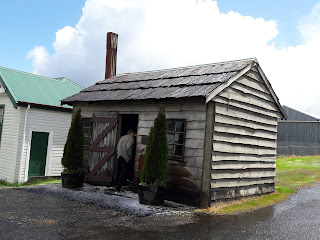 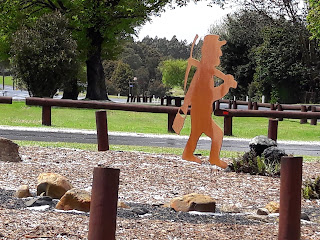 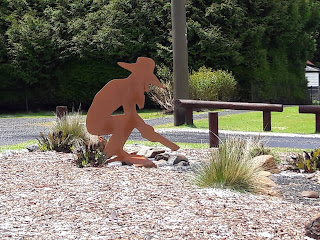 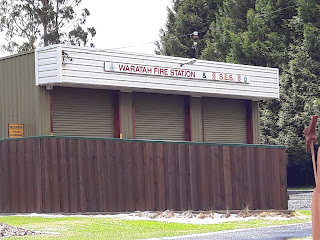 A heavy hailstorm set in and followed us for the rest of the day with temperatures hovering around 5C.

We stopped off at Queenstown, a gritty working town, a little rough around the edges, whose main attraction is the heritage railway which used to serve the mining towns in the region.

Unfortunately, due to patchy WiFi availability and Blogger refusing to upload multiple photos I Cannot show all the scenes here that I wanted to.  I may have to  post again later with more photos in case anyone is interested. 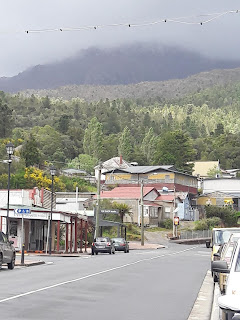 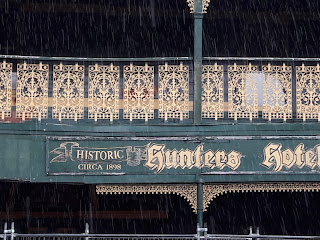 By the time we reached our overnight stop at Strahan (pronounced Strawn) it had stopped hailing but was still chilly. A pasta meal with a bottle of wine in our motel unit finished off the day.
at November 08, 2019
Email ThisBlogThis!Share to TwitterShare to FacebookShare to Pinterest