Saturday morning and according to the list of local festive activities there was a swimming competition across the bay, starting at 10 a.m.

We arrived at 9:45 and found a good viewing spot on a bench overlooking the beach. We waited, and  waited.  P strolled over to one of the officials to ask when they would be starting.  11a.m. apparently.   So we went to our favourite cafe in the square and whiled away some time with a cafe cortado. 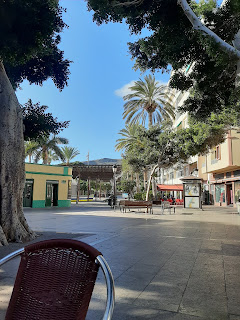 Back to the beach and it was all happening.

There were about 16 competitors.  At the signal they dived in and swam right across to a marker buoy up against the cliffs, then back towards the marina, around the orange buoy,  back to the cliffs then a straight-ish route back to the beach. 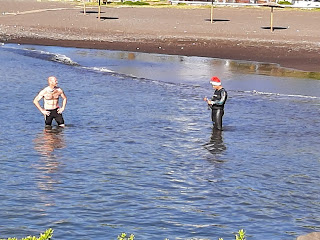 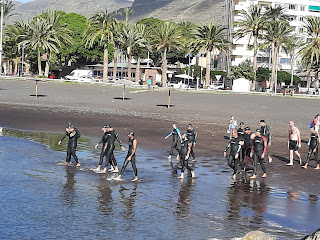 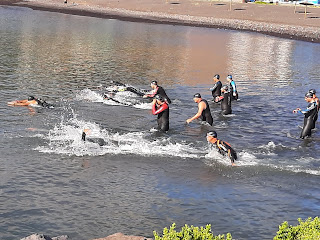 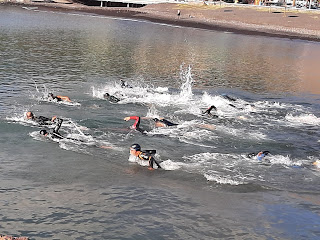 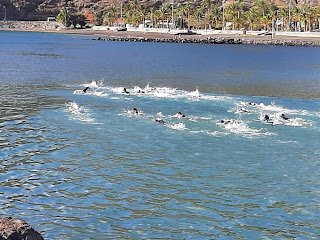 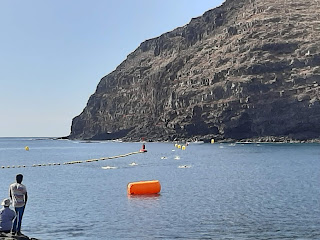 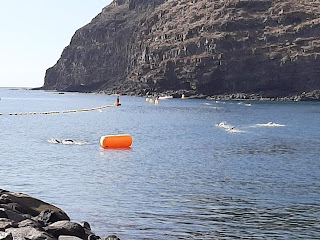 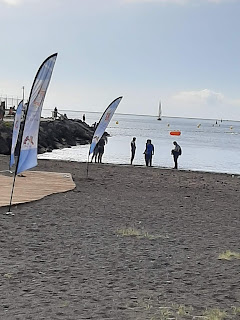 The winner made it in just over 20 minutes.

This guy was not in the competition,  he was just swimming around getting in the way 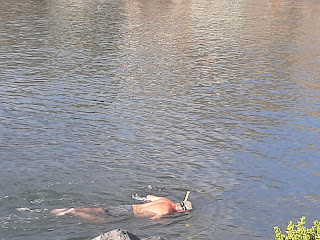 Later that afternoon P signed on for a Christmas Road Race,  a 5km fun run around the town. It was scheduled to start at 5 pm but actually got underway around 6:20 pm. At least the temperature had cooled down by then. He did well considering he has been suffering from a hacking cough and sore throat since we arrived here. 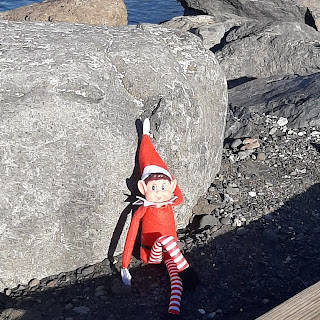 at December 22, 2019
Email ThisBlogThis!Share to TwitterShare to FacebookShare to Pinterest