It started off cool and grey, unlike the previous few days when the temperature had been in the high teens and we had spent most of the time sitting outside in the garden.

By lunchtime the cloud had blown away and the sun was out, although there was a stiff breeze blowing and was still quite cool.

I was feeling in need of some proper exercise, all that sitting around and eating chocolate all weekend had made me lethargic, so we decided to go out for a walk.  We are still permitted one period of exercise outside per day, provided it is taken from your door and does not involve driving anywhere.

That is easy for us, living out in the sticks and with nobody else around, so we put on our walking boots and headed up the track behind the house.

I have already posted photos from that stretch of the walk but this time we decided to carry on until the track meets the "top" road, which runs parallel to our lane but much higher up the hill.  We passed a couple of farms, silent, nobody around, just sheep, lambs, cows and their calves. 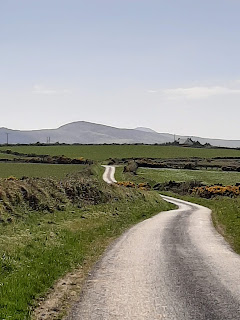 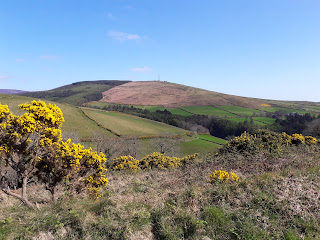 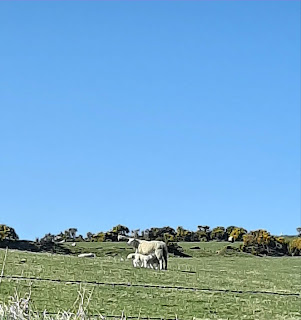 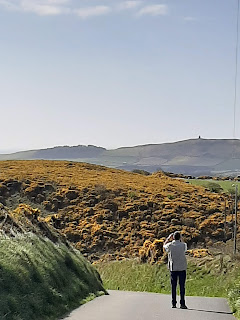 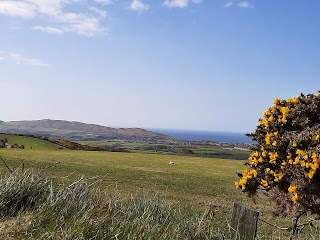 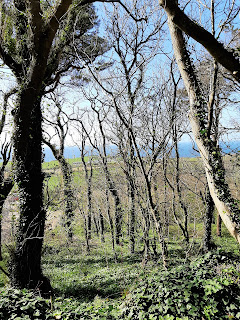 Two hours later, the road eventually dropped down to rejoin our lane at the far end, about 2 miles from our house, and we managed to drag ourselves along the last stretch.

We found this visitor enjoying the garden when we returned. 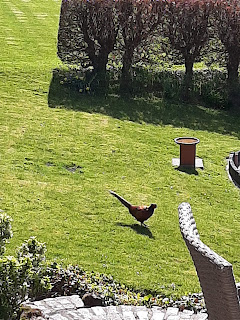 at April 14, 2020
Email ThisBlogThis!Share to TwitterShare to FacebookShare to Pinterest