My apologies to Sue in Suffolk but I had a moan yesterday.

I was feeling a little weary after my walk on Sunday and had planned to do some laundry on Monday morning,  but P was bouncing up and down with enthusiasm for us to walk the route that he had run the day before.  To avoid the Grumps I agreed so laced up my walking shoes and duly followed along.

We started off at Port-e-Vullen beach, about 2 miles around the headland. 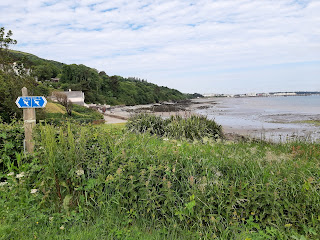 For the first 45 minutes of the walk it was a long, fairly boring, drag up the steep tarmac lane to the top of the cliffs. The hedgerows were quite pretty though. 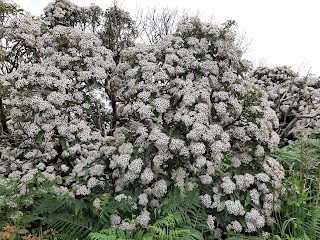 At the top P led me through the wooden gate to the coastal footpath which leads along the clifftop back down to the beach.

Oh my.  I could see straight away that this was going to be a less than enjoyable experience for me.

The scenery along the coastline was pretty dramatic. 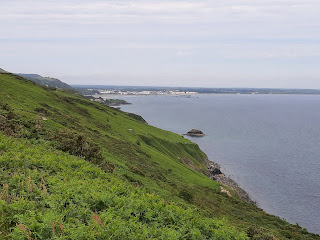 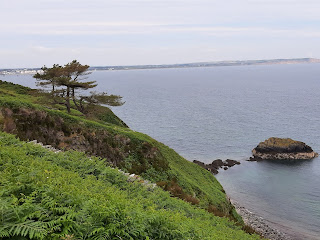 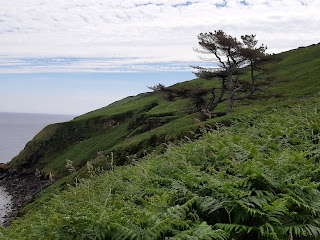 Right at the end the path became flatter and wider, which I was very relieved to discover.
There was a whole stretch of pale pink Common Spotted Orchid growing along the path 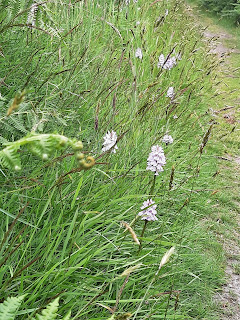 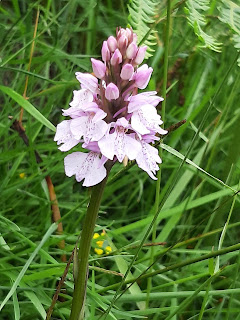 At the end, as the very welcome sight of the beach came into view, we came across a fragrant rose bush tangled in amongst the briars and barbed wire. 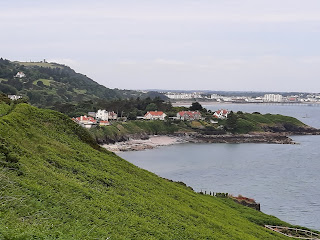 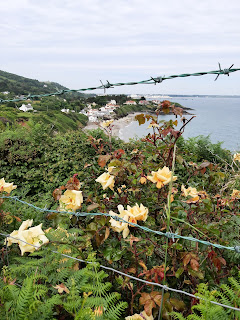 The walk had taken 2 hours and by the time we reached home my hay fever had kicked in with a vengeance.  My antihistamines had no effect and I steadily worked my way through a dozen mansize cotton hankies over the course of the afternoon.  I had to do the laundry just to have some more hankies to sneeze into, although P did suggest switching to pillow cases as they are bigger.
I think he had started to realise that his great idea had backfired a little as I was not in the best of moods.

at June 29, 2021
Email ThisBlogThis!Share to TwitterShare to FacebookShare to Pinterest