Wednesday.   We had decided that this was the day to take a trip on the Manx Electric Railway from Ramsey down to Douglas.  The school holidays start next week and, as P has fell races on Thursday and Friday evenings, Wednesday would be our last chance.  The weather was pretty good too.

Our pensioners bus passes entitled us to half price fares so one way to Douglas cost the princely sum of £3.35 each.  Bargain, for a trip of an hour and a half.

We elected to travel in the open "toast rack" carriage, mainly because of the heat and also because it would be pretty well ventilated against "you know what". 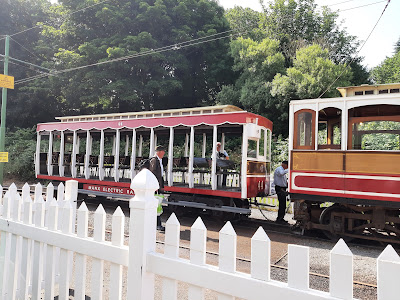 We sat up front so that we were up-wind of the other plague-ridden passengers (all off-island visitors). 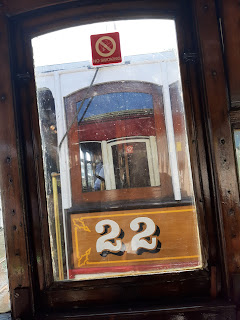 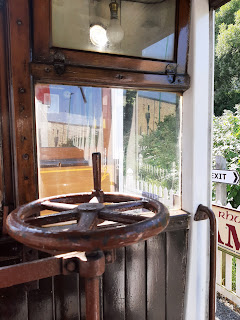 The track hugs the east coast all the way down to Douglas, with some pretty impressive views along the way.  Unfortunately, due to the swaying and bumping from the train travelling at a fair old lick, it was tricky getting decent photos. 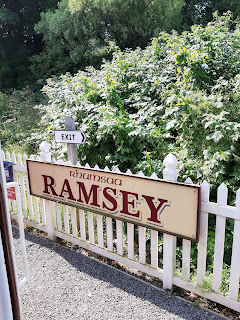 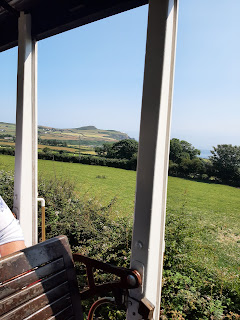 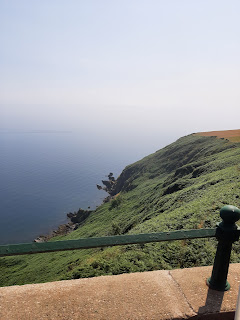 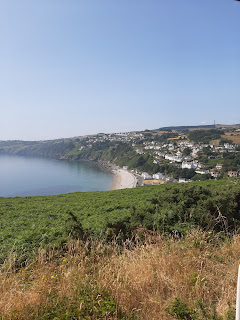 We arrived at Douglas around 12:30.  The Electric Railway station is at the very far north end of the promenade so we had a 2 mile walk along to the southern end and the Sea Terminal / bus station. 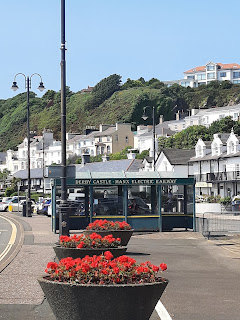 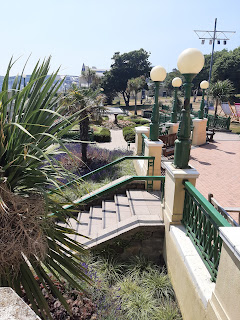 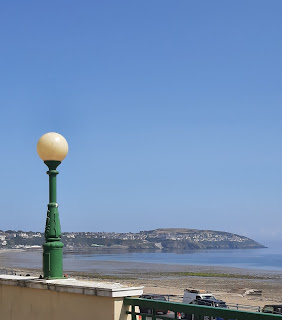 We popped into M&S to buy sandwiches then sat on a bench in the sunken garden to eat our lunch, bravely fending off the marauding seagulls who wanted to share with us.

We sat beside the memorial plaque to Sir William Hillary who started the Royal National Lifeboat Institution from this very spot and also caused the Tower of Refuge to be built in Douglas Bay. 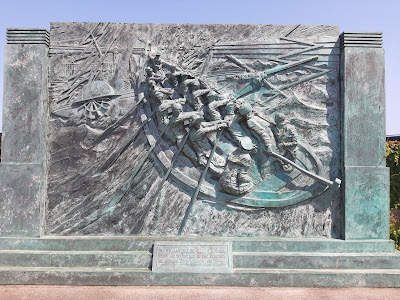 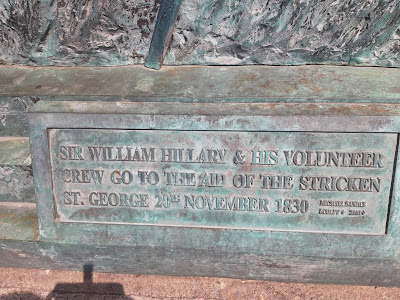 From Wikipedia ..... At the age of 60, Hillary took part in the rescue, in 1830, of the crew of the packet St George, which had foundered on Conister Rock at the entrance to Douglas harbour. He commanded the lifeboat, was washed overboard with others of the lifeboat crew, yet finally everyone aboard the St George was rescued with no loss of life.  The incident prompted Hillary to set up a scheme to build the Tower of Refuge on Conister Rock. The structure, designed by architect John Welch, was completed in 1832 and still stands at the entrance to Douglas harbour 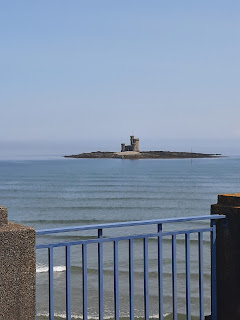 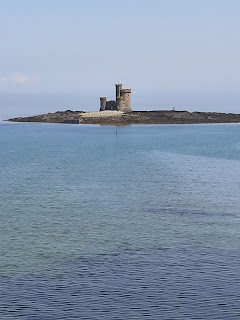 There is also now a brand new memorial on this section of the promenade. A statue dedicated to the Bee Gees who were born here and eventually became pop music superstars. 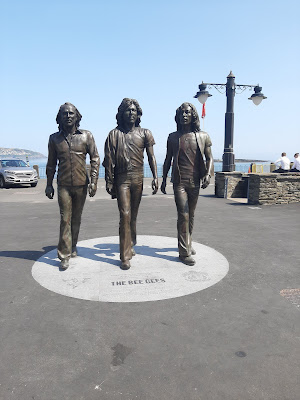 at July 21, 2021
Email ThisBlogThis!Share to TwitterShare to FacebookShare to Pinterest