Since our friends arrived last Sunday I have been quite busy.  Lots of cooking, cleaning, entertaining etc. etc. etc...

They have just gone out to watch the last of the racing, which finishes today, so I have a few hours to myself.

The weather, although generally fine, has been hit and miss with racing postponed or cancelled some days due to hill fog or rain, so it was a relief  to have a dry day today to finish off the race festival.

I have managed to snatch a few minutes here and there to catch up with some of your blogs but haven't had time to comment so apologies for that.

Our friends are due to leave on Wednesday, flying back to hot and sunny Nevada, so I hope to get back to my normal routine then.

There seems to be rather a large number of empty wine bottles here to take for recycling.  Not sure how that happened. 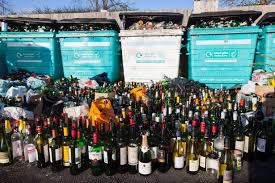 at August 29, 2022 21 comments:
Email ThisBlogThis!Share to TwitterShare to FacebookShare to Pinterest

We are off in an hour to pick up some friends from the airport.

They have been in Scotland this past week and are coming to stay with us for the next two weeks in order to watch the Manx Grand Prix motorcycle racing.

We haven't seen them in around 7 or 8 years so it should be quite a catch up.

They have come all the way from Reno, Nevada where I suspect they nay have had warmer weather than here.

Tomorrow may be a bit of a washout by the look of it.  We may have to stay indoors and eat cake.

at August 21, 2022 19 comments:
Email ThisBlogThis!Share to TwitterShare to FacebookShare to Pinterest

I know that many of you out there are cat people (especially Tigger!), so I am hoping that one or two of you may be able to help me.

Squeamish people should not read any further.

During the recent spell of very hot weather it became apparent (my nose alerted me) that one or perhaps even more of the local cats are using the garden border right outside our front door as a handy overnight toilet facility.  Quite large deposits, not buried but sitting proudly on top of the soil beneath our shrubs and bushes and quite a ripe and not particularly welcome accompaniment to my morning coffee on the bench.

I have tried the popular suggestions, such as sprinkling coffee grounds and citrus peel etc but that makes no difference.   After removing the offending deposits I have taken to strewing the cuttings from our lavender and holly all over the soil but he (our neighbour thinks the culprit is a local large ginger Tom, unneutered and pretty aggressive by all accounts)  still manages to find a dump site.

P is going to acquire a roll of chicken wire to lay over the soil in the hope that this may deter him, but if anyone has any helpful suggestions I would be very grateful. 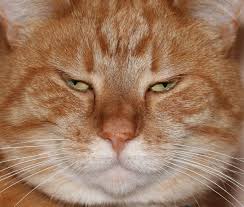 at August 18, 2022 54 comments:
Email ThisBlogThis!Share to TwitterShare to FacebookShare to Pinterest

On Sunday night the island enjoyed a particularly impressive thunderstorm.

Although I couldn't hear the thunder, which P informed me was very loud, the brilliant flashes of lightning woke me around 4 a.m.

The lightning was extremely bright, even with the Velux blinds closed.

I lay there thinking about what would happen if the bell tower was struck. Could we escape through the rooflight windows.  How far was the drop down onto the garden.

Eventually I dozed off and slept through to 7:30.

The local radio breakfast news was all about the four houses in the south and east of the island that had the misfortune to have been struck by lightning.   One had a hole punched through the roof, causing extensive damage, and all the electrical sockets had exploded. The family were unhurt but now need to find temporary accommodation until the damage can be repaired. Sounds expensive.

I was very thankful that we had escaped any storm damage up here but I may not sleep quite so well the next time.

at August 16, 2022 26 comments:
Email ThisBlogThis!Share to TwitterShare to FacebookShare to Pinterest

We have been lagging behind everyone else but our heatwave finally got going this week with temperatures steadily rising day by day.
Yesterday I spent the morning volunteering in the local Hospice shop and walked home in the hot sun to find the tree surgeons had managed to take down the dodgy Ash tree and were just tidying up.  I didn’t envy them working in that heat.  P said the nosey neighbour's curtains were twitching a fair bit.  We are anticipating another visit from Mr Snoopy with his notebook on Sunday morning.
Today I walked to the library first thing and did my shopping early. It was still an effort walking back with the full shopping bags and I have spent the rest of the day in the cool of the house.  These thick stone walls are a godsend.  We are "only" at 27-28C here and I can only imagine what everyone is feeling in the sweltering heat across the water.
Tomorrow sees the IOM Marathon take place and P will be going to help out. He is not taking part  thank goodness.  I am not sure it is a good idea to run a marathon in that heat on a route with hardly any shade.
I shall stay at home and consume lots of iced tea.
at August 13, 2022 33 comments:
Email ThisBlogThis!Share to TwitterShare to FacebookShare to Pinterest

I was feeling quite full after supper so,  as it was such a perfect summer's evening, we decided to go for a stroll.

Three minutes down to the Prom at the end of our road, then follow the hill up and around the lanes behind our house. 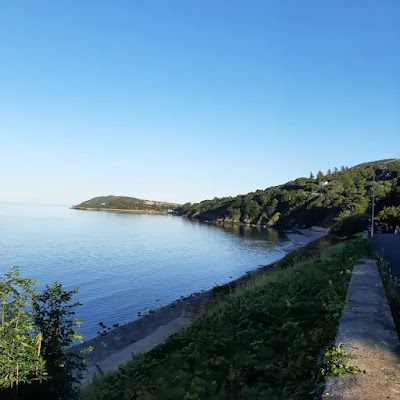 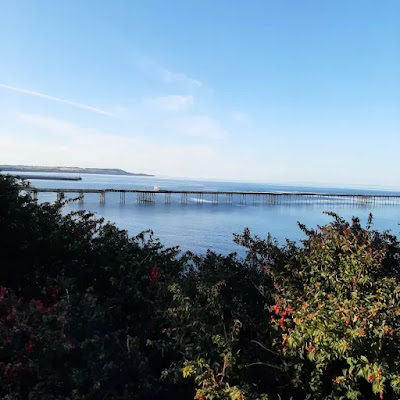 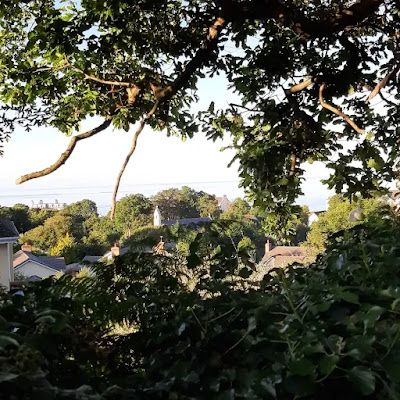 I feel much better now.

at August 08, 2022 28 comments:
Email ThisBlogThis!Share to TwitterShare to FacebookShare to Pinterest 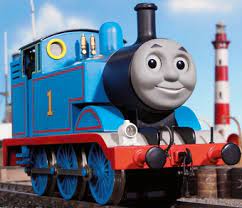 Anyone who has read the Thomas the Tank Engine books may be aware that the stories are set on the fictional island of Sodor, located in the Irish Sea.

The books' creator, Reverend Awdry, wished to create a setting for his books that would be within the British Isles but sufficiently isolated from the rest of British Railways to allow him to do as he wished with the location.

This explanation is copied from Wikipedia ....

Inspiration came  in 1950 on a visit to the Isle of Man, which forms the Diocese of Sodor and Man[1] . Awdry noted that, while there was an Isle of Man, there was no similar island of Sodor - (the name derives from Old Norse Suðreyjar, "southern isles", a term that referred to the Hebrides and islands along the west coast of Scotland).

Between them, Awdry and his younger brother George worked out Sodor's history, geography, industry and language ("Sudric").  By the time they had finished, they knew more about Sodor than would ever be used in The Railway Series stories.

The fictional native language of Sodor is "Sudric", a language similar to Manx.[3]

A lot of the place names on Sodor are clearly based on Manx forms, but often the nouns are inverted to match English word order. Some of the locations have quasi-Manx names, e.g. Killdane, which comes from "Keeill-y-Deighan" (Church of the Devil),[4] hills are called Knock and Cronk, while "Nagh Beurla", means "I speak no English",[3] a distortion of the Manx. The names of some of the 'historical' characters – used in the background but not appearing in the stories – were taken from locations on the Isle of Man, such as Sir Crosby Marown (Crosby is a village in the parish of Marown) and Harold Regaby (Regaby is a tiny hamlet on the parish boundary between Andreas and Bride).[5]

So there you have another little snippet of useless information from me!

at August 05, 2022 32 comments:
Email ThisBlogThis!Share to TwitterShare to FacebookShare to Pinterest

... that the inventor of the automatic electric kettle switch was Isle of Man based Dr John Crawshaw Taylor.

He was born in Buxton, Derbyshire in 1936 but was sent to Canada at the outbreak of WW2, returning to the UK in 1945.  He was educated at King William's College Isle of Man before being accepted into Corpus Christi, Cambridge where he studied Natural Sciences.

After graduation he joined his father's company Otter Controls which had an IOM subsidiary (Castletown Thermostats) which later changed name to become Strix.  He was a gifted inventor and his company developed and produced his invention - thermostat controls for electric kettles - making quite a significant profit.

As well as being an inventor he was a keen horologist, building up an impressive clock collection, and also a philanthropist, supporting educational institutions in the UK.

Browsing the local property sales websites, I have discovered that his house here on the IOM is up for sale in case anyone is interested...

at August 03, 2022 30 comments:
Email ThisBlogThis!Share to TwitterShare to FacebookShare to Pinterest

On Friday a hosepipe ban came into force here as the reservoir levels had begun to drop.

Since then we have had predominantly rainy weather.

This is what is going on outside the kitchen window... 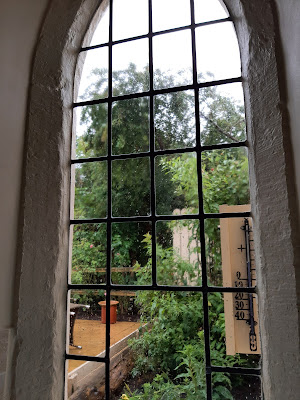 I wonder how long it will take to fill up the reservoirs so that we can have the sun back.