Since P found the two dead adult hedgehogs a week or so ago, he has now come across two little hoglets - possibly from the same family?
The first one he found a few days ago was alive but poorly so he carefully put it in a cardboard box with some shredded paper, a saucer of water and some cooked chicken to see how it got on. It ate some of the chicken but was still obviously quite poorly so he took him/her to The Hedgehog Lady of Peel.
This woman is dedicated to saving hedgehogs.  This is her profile on her Facebook page...
For over 30 years I have been taking in sick/injured or just Autumn juvenile hedgehogs. They are not pets, they are wild animals, and I treat them as such.   My aim is to be able to release them back into the wild when they've recovered or overwintered.
It can be heart-breaking and expensive, but it's such a great feeling watching them wander off into the wild when they're ready to leave.
She has around 40 hedgehogs at the moment which she is caring for.  She took a quick look at "our" hoglet and said it was a male, recently born and in need of feeding up.  She is going to build him up then call us when he is ready to be released back where we found him.
This evening P saw another hoglet on the drive but when he took a look it was too late. The poor little thing was dead.
We are not sure but they could have come from the same litter, perhaps from the two adults who may have been killed by slug pellets somewhere in the vicinity.
I am a bit of a softie but it makes me feel sad.
EDIT:  For northsider ..... 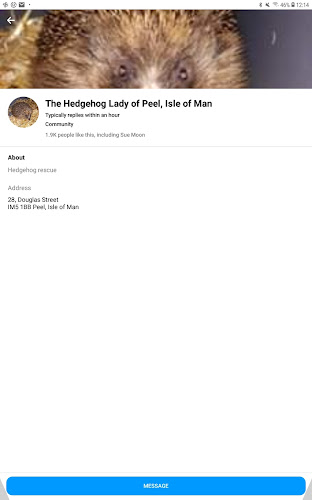 at July 13, 2020 26 comments:
Email ThisBlogThis!Share to TwitterShare to FacebookShare to Pinterest

I realised this morning that I seem to have missed a day or so in Blogland.  I haven't been doing anything special but just been quite busy with one thing and another. 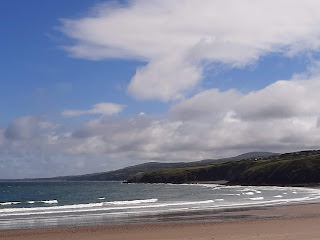 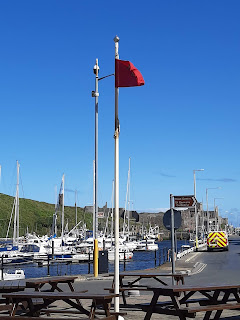 Friday morning we walked in Peel, had coffee (but no cake this time) then popped into the charity shop on the promenade as a friend told me that they have a box of sewing patterns that have been donated. I managed to find 5 quite useful ones for the bargain price of 50p each. I also bought two king size duvet covers for £4 each which have now been thoroughly washed and will provide me with plenty of fabric for sewing projects.
In the afternoon I inspected P's handiwork around the garden and admired all the ladybirds adorning the foxgloves and the strawberry plants. 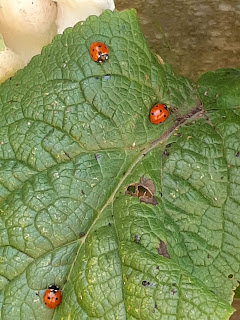 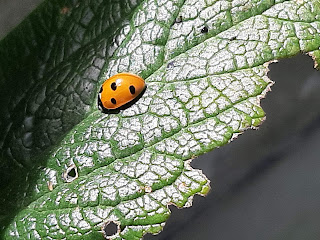 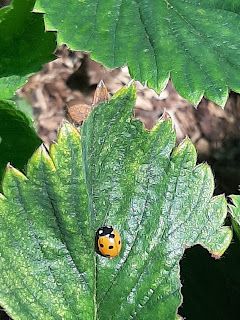 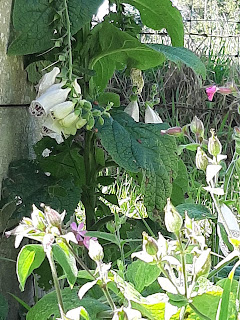 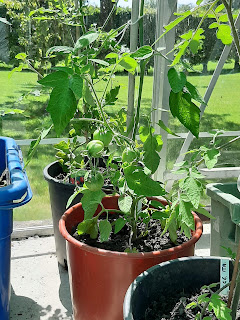 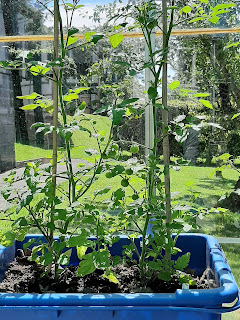 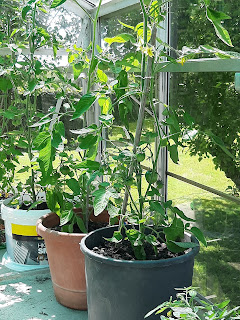 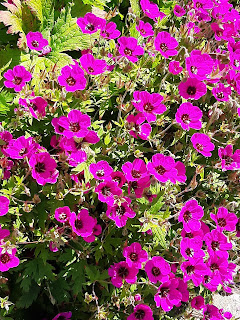 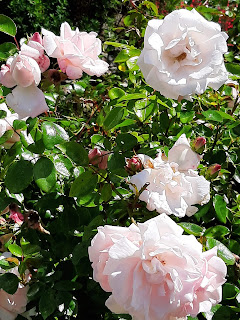 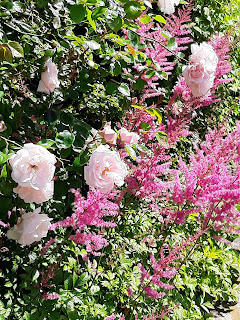 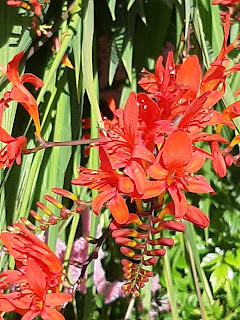 Saturday was spent cutting and sewing, then swearing, unpicking and re-sewing.
I am now just back from an energetic 2 hour Sunday morning walk around Port Erin with the girls so ready now for a cup of tea and half a rich tea biscuit. 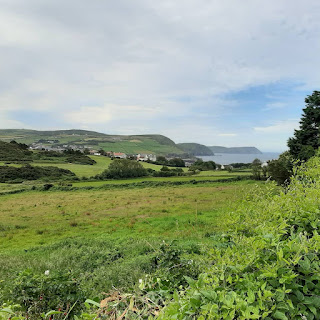 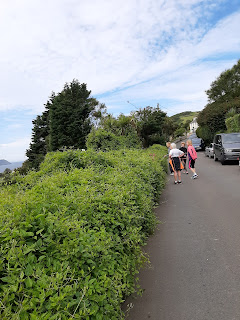 at July 12, 2020 28 comments:
Email ThisBlogThis!Share to TwitterShare to FacebookShare to Pinterest

Well Meaghan, thank you for taking the time to visit my little blog and leave such an interesting comment.
It seems that Doctor Razor is indeed a truly miraculous man, however, I am not sure it was really necessary to leave the same comment in 50 different blog posts.
I am afraid that all those comments are now no more.  That is 20 minutes of my time that I shall not see again but hopefully Blogger's spam settings will work better next time.
at July 10, 2020 17 comments:
Email ThisBlogThis!Share to TwitterShare to FacebookShare to Pinterest

Yet another lazy day.  After yesterday's early start I had a lie-in this morning until 9:00 a.m.
From the breakfast table we watched the truck arrive at the top of the drive and the two workmen get out to take a look at the hole they dug yesterday.   Not sure what they did but they were gone again around 10:00.
P went to see his father's partner, now well into her 90s and quite frail, while I lazed around at home.
This afternoon turned very warm and sunny and I dozed out in the garden for a while.
I have an appointment with the GP next week to discuss the results of yesterday's blood tests.  That's if I can stay awake long enough!
at July 09, 2020 16 comments:
Email ThisBlogThis!Share to TwitterShare to FacebookShare to Pinterest

It's All Go Here

Up early (for me) this morning as I had an 8:30 a.m. appointment at the GP surgery for another blood test.
This time there were no masks, gloves or PPE required and the waiting room was back to normal. With more than 48 days COVID-free on the island things are reverting to normal everywhere, including the GP surgery.
After a quick 5 minute visit we were done and drove straight home.  As we pulled into our lane we saw that the Highways men had arrived to start work on the drains that had caused our flooding a couple of weeks ago.  Their truck was parked opposite our driveway and they were busy setting up cones.
We managed to squeeze past and park on the drive and P got out to have a chat with them.  They said that they had to wait for their boss to arrive to tell them the plan of action.
It is now 9:45 - an hour later - and they are still hanging around waiting.
It will be tea-break time soon and they haven't started doing anything.
at July 08, 2020 26 comments:
Email ThisBlogThis!Share to TwitterShare to FacebookShare to Pinterest
Older Posts Home
Subscribe to: Posts (Atom)

JayCee
Retired and just pootering around. Following my retirement I find I have time on my hands that is not filled by housework, shopping, volunteering at the local hospice and wildlife trust gift shop or visiting friends for coffee. Days, weeks and months seem to have sped by without notice and so I have been toying with the idea of jotting down my thoughts and experiences, partly I suppose to give me some sort of focus to my new way of life. So, here is my blog. It will probably be no more than places I have visited on my travels, people I have met and things that have struck me as noteworthy on any particular day. Please feel free to switch off if you find it too boring.